The city of Sendai sits at the shore of the Pacific Ocean, 350 kilometers to the north of Tokyo. It takes about two hours from Tokyo to Sendai by the Tohoku Shinkansen bullet train. By air, Sendai International Airport can be reached directly from several cities in Asia and the Pacific, such as Seoul, Beijing, Shanghai, Changchun, Dalian, Guangzhou, Taipei, Hongkong and Guam. The Faculty of Arts and Letters is on the Kawauchi Campus of Tohoku University. It is located about 2.5 kilometers west of JR Sendai station along Aoba Street. The faculty can be reached easily on the Tozai Line of the city subway system from JR Sendai station. Board the train bound for Yagiyama Zoological Park and get off at Kawauchi Station. 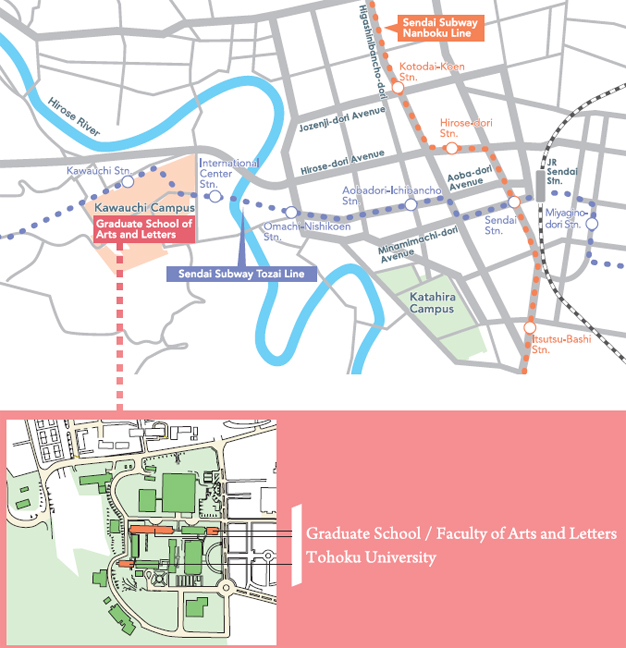